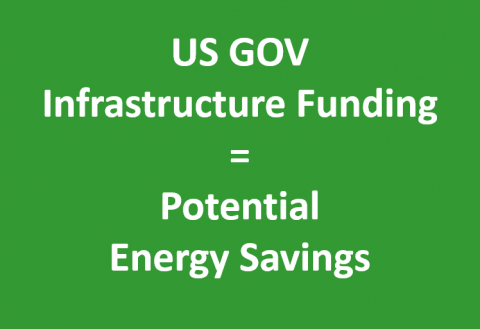 As the US Federal Government moves forward with infrastructure improvements, there is a terrific opportunity to build with “energy smart” technology. Two companies can help make the most out of this opportunity. ASG Energy and Revolution Energy Group offer multiple technologies ranging from efficient LED lighting that is Buy American Act Compliant, to advanced air conditioning optimization. See the Press Release announce the strategic energy saving alliance.

The new order asks federal agencies to encourage those who receive federal financial assistance for infrastructure projects to use American materials and products, including iron, steel, aluminum and cement.

"We want American roads, bridges and railways and everything else to be built with American iron, American steel, American concrete and American hands," Trump said during an Oval Office signing ceremony.

The order follows one Trump signed during his first year in office, which asked federal agencies to "buy American" whenever possible.

Peter Navarro , the director of the White House National Trade Council , told reporters ahead of the signing that the order had spurred a $24 billion increase in the purchase of American-made products and driven U.S. government spending on foreign goods to its lowest point in 10 years.

The new order applies to federal financial assistance such as loans, grants and interest subsidies. Navarro said that some 30 federal agencies award more than $700 billion in such aid each year to more than 40,000 organizations working on projects like bridges, sewer systems, broadband internet installation and cybersecurity.

Navarro told reporters at one point that Trump's policies were boosting manufacturing and helping workers who "are blue collar, Trump people."

Pressed on whether the administration was tailoring its economic policies to benefit those it believes are supportive of the president, Navarro appeared to walk back his comments.

"My view of Trump people is that every American is a Trump person," he said, arguing that a good economy impacts everyone.