How Climate Change is Impacting Businesses 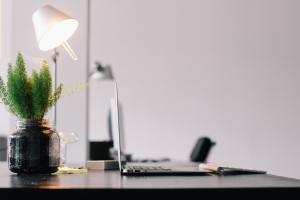 Climate change has become a prevalent aspect of our modern reality. We stand at the edge of an indisputable precipice, where the decisions we make over the next few years could mean the difference between thriving and struggling to survive. The potential for irreversible impact on our environment is concerning enough, but many of us fail to consider just how many aspects of our lives climate change could actually affect.

Businesses are likely to be drastically affected. It might seem silly to ask people to consider the effect upon companies when environmental catastrophe is on the horizon, but the truth is, multiple aspects of our society rely deeply upon the continued health of the economy. The threats posed by climate change could devastate many industries, workers, and their families.

It’s also important to note that businesses can be a huge part of the solution. Not just multinational conglomerates, but also individual small enterprises — we each have a role to play in keeping devastating environmental and economic disaster at bay. It’s time to take a look at where the current issues are, the potential consequences, and effective steps we can start taking today.

Climate change is likely to make an impact on the lives of employees. Firstly — and potentially the most concerning — is from a significant rise in deaths that could result in a smaller workforce. The World Health Organization predicts that climate change could cause an additional 250,000 deaths worldwide per year between 2030 and 2050. There may even be issues regarding migration, as employees move away from industrial areas impacted the most by climate change. But there are also smaller, but no less problematic potential issues, that will affect workers, and in turn, businesses.

As climate change climbs in severity, so too does the potential for natural disasters. Workers living in areas that are frequently impacted by severe weather events or environmental hazards will likely be unable to make it to work if their homes sustain damage or roads are disrupted. In such events, businesses will need to be proactive in providing employees with resources to help them respond quickly and effectively in the event of a flood, wildfire, earthquake, and so on. Preparatory steps could help minimize workplace and other industry disruption as the weather becomes more volatile.

Businesses should also consider how climate change is affecting the workforce right now. Namely, an individual company’s attitude toward environmental and social responsibility can seriously impact the quality of candidates they attract. Millennials in particular — currently the largest generation in the US labor force — place a high premium on businesses who make concerted efforts to minimize damage and promote responsible practices.

There is plenty of focus on how climate change might affect entire industries, but what do we know about how individual enterprises could be affected? Large businesses often have the infrastructure in place to take short-term hits, but small businesses could be among the worst impacted. Small businesses already have to compete with everyday issues that can contribute to their success or failure — and as the environmental crisis worsens, it’s likely to affect the availability of resources, driving up the prices of raw materials and therefore potentially pricing some companies out of the market.

There is also the possibility of environmental disaster affecting other business costs. Commercial insurance, for example, could be an essential investment for many businesses, a lifeline in the event of natural disasters and other climate-led weather events. However, as this becomes more commonplace, we may see premium rates rise in line with the risks this poses. Businesses may have to make some tough decisions when it comes to whether they can afford to continue operating in their current location.

That said, businesses are beginning to make some changes to their operating procedures and energy consumption in order to minimize their contribution to environmental damage. Relatively simple steps, such as investing in energy-efficient lighting and air conditioning optimization can make a huge difference, as in the US these two utilities typically utilize half of a building’s total energy consumption.

The Economy At Large

With the onset of climate change, it is possible that we could experience some drastic overall shifts to the economy. One recent study predicted that if temperatures rise just 2.8 degrees from pre-industrial levels by the year 2100, it could cost the US upwards of $356 billion per year. In fact, we are already seeing the economic impact, with Morgan Stanley reporting that climate-related disasters have cost the world $360 billion in the last 3 years alone.

Natural disasters and climate-led incidents can have a serious impact on the economy of towns and cities. We are already seeing that those areas dependent upon agriculture as a source of income and employment suffer a result of increases in flooding and wildfires. Some towns that rely almost entirely upon tourist dollars are feeling the effects, too. For example, recent long droughts in California contributed to a lack of snowfall, which in turn resulted in significantly lower attendance at ski resorts.

There could be economic and business issues that arise from climate change effects on essential infrastructure. We have already seen that wildfires have forced parts of California to forgo connection to electricity supplies. If this situation becomes more serious, we can expect such measures to be implemented in other areas, too. Increasingly, businesses rely on technology even for the simplest tasks, especially as the world continues to modernize. Therefore, it is important for companies to take steps such as a physical records retention program. This helps to ensure that businesses have access to essential data even when cloud storage platforms are no longer accessible due to a bad storm or otherwise.

We can no longer afford to ignore the potential disaster that climate change could present. We are already seeing how it is beginning to touch every aspect of our economic landscape; from the preferences of potential workers to infrastructural weaknesses. It’s important to remember that businesses have a role to play in both preventing and preparing for the worst. Even small, low-cost steps that reduce individual environmental impact can make a significant difference.