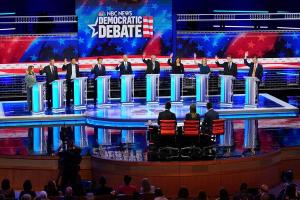 Some of the biggest challenges in effectively addressing climate change lies in the fact that to date, upgrading commercial air conditioning and refrigeration systems has been quite expensive. Property owners, managers, and government officials face many choices when it comes to intelligent and cost-effective savings. This is an especially large challenge since climate control is typically the largest consumer of electricity, accounting for 40-60% of commercial building electricity consumption, making it a priority for reform under new climate change legislation.

America uses 25% of the world’s energy with less than 5% of the population, and buildings account for 40% of the energy use. Air conditioning is often 20% to 40% of that energy, so saving on AC is great for operating cost reduction as well as American job creation, American energy independence, and environmental stewardship. The Energy Intelligence Center’s OptikW smart algorithm offers the most cost-effective solutions to save 15% to 40% of the energy for commercial air conditioning and refrigeration, without replacing equipment or incurring any upfront costs. The proven algorithm "tunes" the existing systems, and property owners/business managers only pay on a portion of the monthly savings. The latest patent pending technology, along with optional support services, optimize chillers and cooling systems to create efficiencies without impacting thermostat settings and without generating any downtime. The algorithm integrates with existing Building Management Systems (BMS) and Building Automation Systems (BAS) as well as provides optimization for facilities that do not have BMS/BAS.  The Energy Intelligence Center’s air conditioning optimization algorithm provides a low-cost, highly sustainable method to significantly reduce America’s carbon footprint.

Check out this video explaining the technology

Energy efficient LED lighting is another great way to address climate change and minimize America’s energy use. To date, only 15% of US lights have been changed to LEDs on average, yet the savings from this technology pioneered by Independence LED are ground-breaking with a 53% reduction of energy use with a payback time of only two years. Independence LED’s lighting delivers reliable and cost-effective LED lighting solutions that save 50% or more over traditional lighting, last five times longer, are toxic free, and are also smart control enabled for dimming, occupancy sensing, and natural light harvesting. Independence LED’s award winning Made in USA LED lighting technology is Buy American Act (BAA) Compliant, manufactured in the U.S.A with over 50% domestic components, contributing not only to efforts to reduce energy waste, but to the American economy and job creation markets as well. In doing so, Independence LED’s lighting solutions address some of the biggest concerns about climate change and the future of American jobs voiced by the US people and presidential candidates in last night’s Democratic debate.

Another huge market to reduce energy waste in the US and help Democratic presidential candidates alleviate climate change is the widely untapped indoor agricultural movement. Indoor agriculture promotes fresh, local grown greens and cuts down on the large amounts of energy wasted by transporting vegetables across the country. Food transportation depletes the environment with its excessive use of energy and unhealthy amounts of pollution, leading to a dangerously large carbon footprint. Emphasizing indoor agricultural methods proves to be extremely beneficial for Democratic presidential candidates in addressing the climate change crisis because it significantly reduces automotive pollution, bolsters a new industry to contribute to the economy, and most importantly, cuts down on the enormous amount of energy wasted by current agricultural processes. Indoor agriculture is the door to the food of the future and a massive contributor in saving the planet from the impending effects of climate change. These new agricultural practices are even more worthwhile solutions for government legislators because of their enormous potential to combine with other sustainable energy solutions, such as LED Grow Lights, to make an even bigger dent in America’s energy reduction efforts.

Many people, including government officials, often advocate for alternative power sources such as wind and solar power. Yet, the most sustainable and cost-effective solutions to address the issue of climate change brought up in last night’s Democratic presidential debate actually lies in Cleantech solutions that address commercial cooling systems, energy-efficient lighting, and the indoor agricultural market. After all, it is much less expensive and much more feasible to reduce energy waste than to find alternative methods to create power.