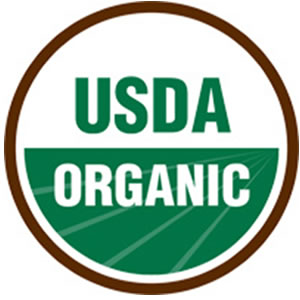 In what must be horrible news for Big Agriculture, it turns out that Organic products are making a strong push to become more than mainstream. In 2008, the sale of organic products of any nature surged 17%, bringing in about $25 billion. Organics in this case refer to more than just ingestibles, as the increase in consumption included organic fibers, personal care products and pet foods. The biggest upswing in organic demand came from the non-food category, which grew by 39.4%

The growth of the Organic Sector has been attributed to two different things. On the one hand are consumers who are committed to buying organic no matter then additional cost, as they see the products health benefits as a counterbalance to the increased price. The second reason involves traditional grocery stores adding organic brands that were once the sole dominion of specialty grocers. This influx of organic options has helped to bring their prices down to where they can compete with regular supermarket fare.

The Obama Administration has also done a good deal to help out organics, as the First Lady Michelle Obama planted an organic garden on the South Lawn of the White House. Along with a rise in the visibility of organic fare, the Administration plans the most extensive survey of organic farming this year. In addition, the United States Department of Agriculture’s deputy secretary of Agriculture, Kathleen Merrigan, has a long record of advocating for organic and local food, and has introduced a new $50 million dollar program to encourage organic farming.

This is an important development for the health of the entire nation, as in recent decades big agriculture has flooded the food market with synthetic pesticides and fertilizers, as well as genetically modified seeds. These technological advances may make their process more efficient, however the chemicals and fossil fuels used in the process are obviously harmful to the environment and soil, and have never been fully tested on humans. Some in the scientific community suggest there could be a link between these pesticides and seemingly unrelated problems like autism. In contrast, there are many indications that the organic produce is healthier, and contains significantly less pesticide residue.

GREENandSAVE.com is a free resource for anyone that wants to save energy, money, and the environment. The articles, product reviews, online tools, and return on investment calculations are researched from a diverse range of public and private sector sources. Overall, the company is passionate about saving money as well as creating healthy homes, offices, and lifestyles.

For more information on renewable energy, and the types that can make your home more sustainable, check out GREENandSAVE.com’s Home Remodeling Tips. Or for a better idea of which improvements to your home will save you the most money the fastest, take a look at GREENandSAVE’s Return on Investment Table for your next Home Remodeling project.